Interbeing emphasizes that the nature of existence is fundamentally an ongoing process of change. Just as waves emerge from the sea and recycle back into the ocean to later become new waves, people come into existence from a process of change only to later transform by the natural process of nature, dying.

As We Wake is in the process of developing a children's book called Mara and the Sea: A Children’s Story for Making Friends with Death.
‍ 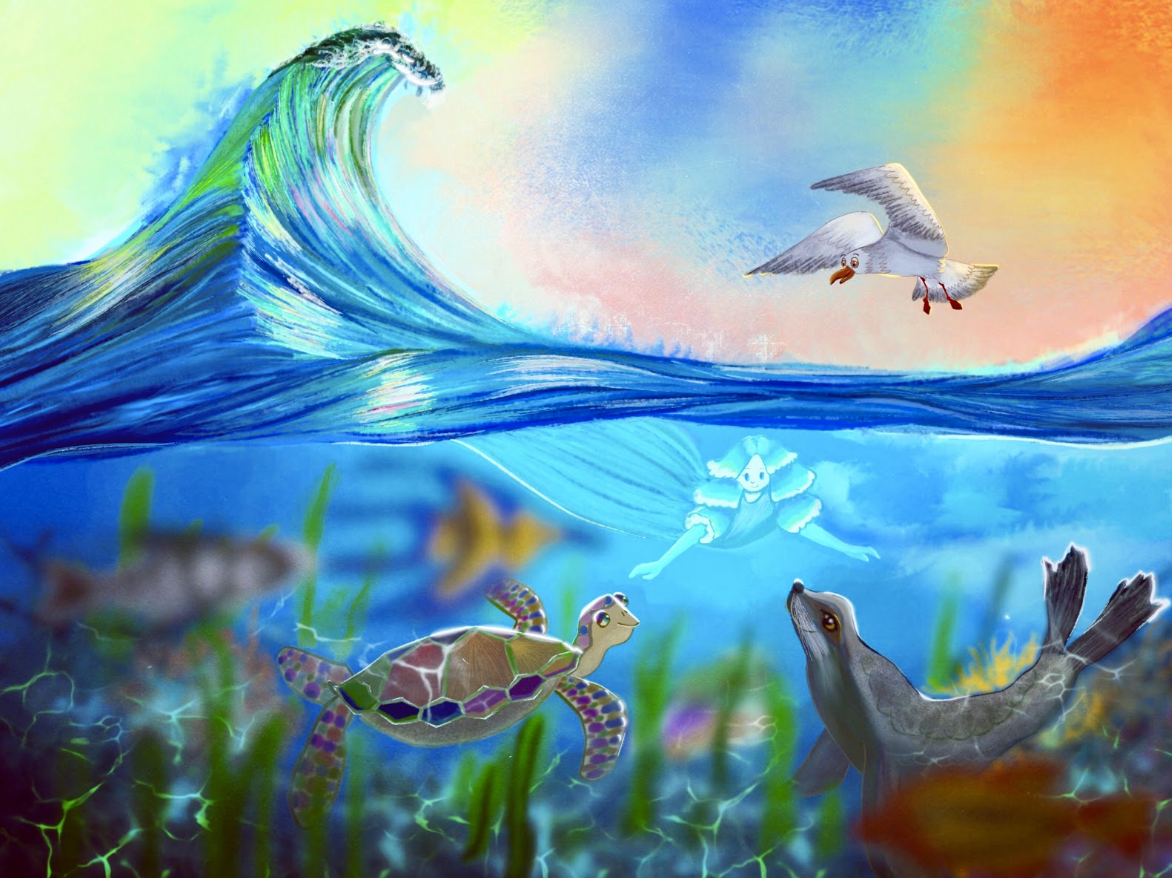 HELP US PUBLISH MARA AND THE SEA

We have an amazing artist and friend, Eleanor Liu, who is in the process of creating vibrant, colorful, and demonstrative illustrations.  Eleanor grew up in China and has been attending Columbia University's Spirituality Mind Body program, where she's had the opportunity to merge her spirituality and artistic talent.  Her bubbly spirit and contagious giggles have brightened our lab sessions since she joined our Interbeing lab group two years ago. Your donation will go directly to Eleanor to support her in finishing the illustrations for Mara and The Sea. 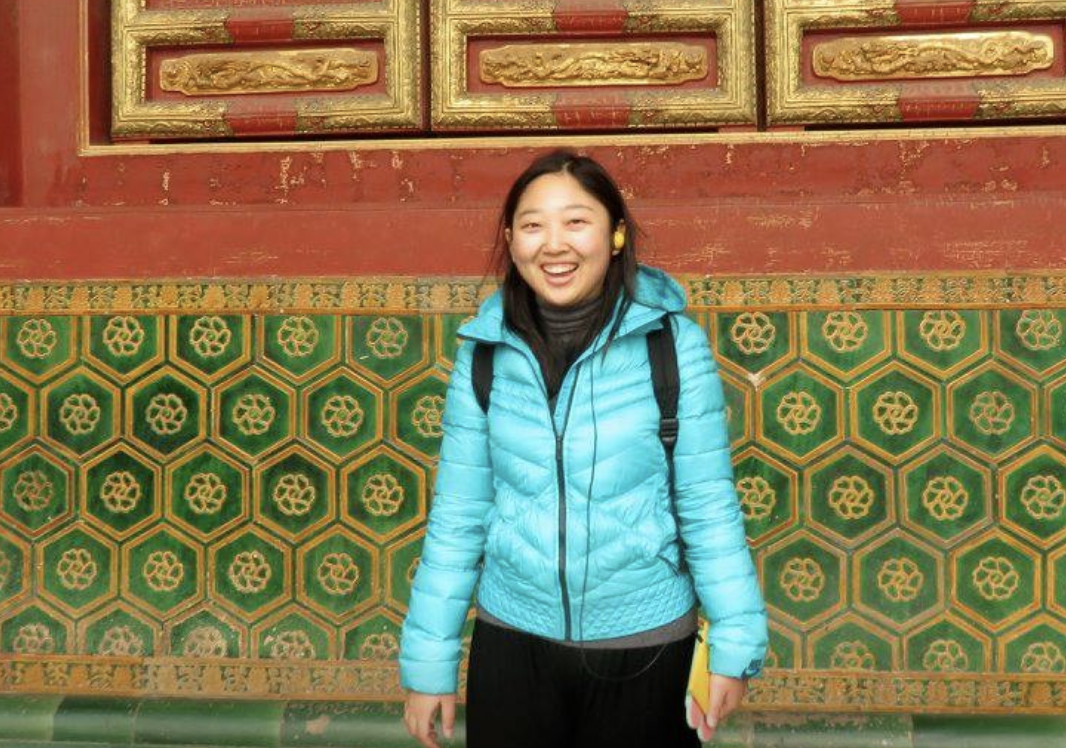 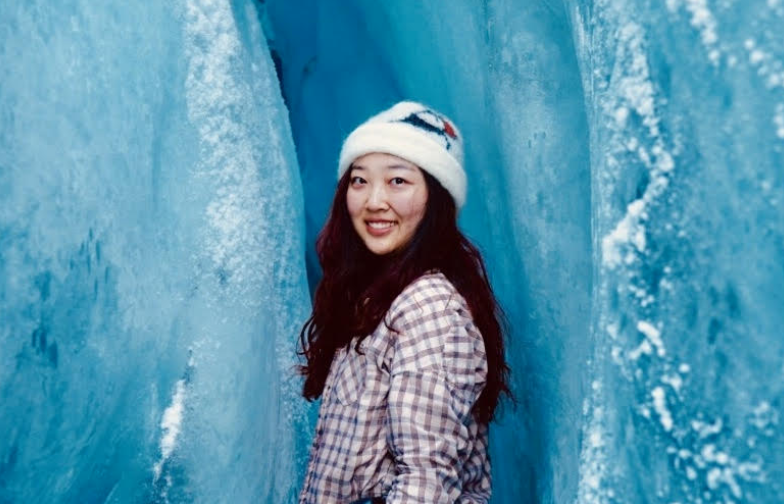 Read the story below!
MARA AND THE SEA: A CHILDREN'S STORY FOR MAKING FRIENDS WITH DEATH

A strong wind came from across the land, moving quickly out to sea. The wind gave form to the water, and a wave was born.
Father Wind said to the newborn wave: All life becomes new life - wind has turned to wave. My spirit is in you.
And Father Wind named the wave Mara because she was birthed by the sea. Mara began as a little wave, small but mighty. She looked sapphire in the sunlight, and she sparkled as she travelled across the sea.

As Mara curled across the ocean surface she met many friends, like Morlo the Seal, Wylan the Gull, and Timothy Lighton the Turtle. Some friends said hello and then went on their way, while others came along for the ride.  Mara also had wave friends, who were much more like her. Each wave was of a different size and strength. Sometimes the waves collided with one another to form larger waves. In this way, many smaller waves became a part of Mara.
‍
Mara was taken with the wonders of her world: schools of fish streamed below her, and seagulls flew circles above her foamy-white head, diving in after the fish. All of this life surrounding her was so vibrant, and it was all connected.

At sunset, the sky would change from blue to ebony, revealing an endless field of stars. Brightest in the sky was Sister Moon who gently pulled Mara along in her journey. Sister Moon whispered, “All things change but nothing disappears”.

At night Mara would rest, though sometimes she felt afraid: she saw sharks and other mysterious deep-sea creatures, who looked so odd with their big, sharp teeth and scary eyes. But they too had their place in the sea, and they were always very nice to Mara.

One afternoon, many days into her life, Mara saw something far in the distance that she had never seen before. It was like the ocean, but it did not move. This was land.
Her friend, Morlo the Seal, who had visited many beaches, told her, “When you reach land, Mara, you will change.”
“In what way will I change, Morlo?” Mara asked.
“Your form will shift. In one beautiful movement you will curl over, and you will enter back into the ocean in a new way.”
This made Mara afraid.

And when she had nearly arrived on the shore, she saw all the beauty it contained: the golden sand, the rustling beachgrass, the tinkling of bicycle bells - and there were even seagulls flying overhead!
Most of all, she saw people! And she saw the joy on their faces as the waves washed over them - the couples laughing, the children filling their pales with sand and water, the dogs chasing frisbees.

As Mara approached the shore she felt herself welling up.  In a grand crescendo, water flying and sparkling in the sun, she curled over and washed onto the sand, feeling the warmth of the sun kissed shore.  She felt everything within her letting go - her name, her memories, her body.

In a flash, she saw through the eyes of each wave of the ocean.  And then she expanded into all of the life in the ocean - the fish, the dolphins, the whales. She saw through the eyes of Timothy Lighton the Turtle, Morlo the Seal, Wylan the Gull, and even the scary sharks.
She was no longer just Mara. She was everything. It was a wonderful feeling.

A baby on the beach giggled as Mara washed up and touched her toes, and then faded back into the ocean.  Father Wind and Sister Moon’s words echoed through her:
“All life becomes new life,” said Father Wind.
“All things change but nothing disappears,” said Sister Moon.
And into this chorus came Brother Land, saying:
“All life returns to the beginning.”
“All life returns to the beginning.”
“All life returns to the beginning.”
And the water washed back into the sea, blending and shimmering.
‍
Far from the beach, Father Wind once again blew his spirit into a new wave, saying, “All life becomes new life.” A new wave was born.
‍
Epilogue:
The wave travelled across the sea and had many wonderful adventures.  When it came time to reach the shore, Mother Earth joined hands with Father wind, and together they created something very special.  They called upon Sister Moon and Brother Land, combining all of their elements in an amazing form, pouring themselves into a wave of patterns that took shape.  You opened your eyes for the first time, seeing the world anew.